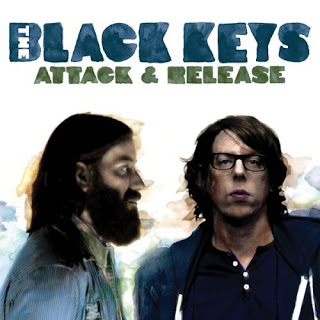 The Black Keys have a bluesy-rock sound that comes as a needed antidote to anything out there too slick or polished to cut through the muck and stale, room-needing-an-airing quality of the situation we find ourselves in the later ‘00s.

The latest album that came out a little earlier this year (Attack and Release) (Nonesuch) has the electric guitar-drums lineup of previous outings, with a bit more of the multi-tracked extra instruments and so a thicker texture. It still gives you the primal group sound and has a strong sequence of songs that gives the lie to the idea that Rock has somehow seen its final days. It hasn’t, of course.
Posted by Grego Applegate Edwards at 5:49 AM