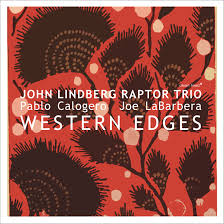 Smart, open-form avant jazz is the order of the day on bassist John Lindberg's Raptor Trio and their album Western Edges (Clean Feed 389). Drumming vet ace Joe LaBarbera makes for a substantial rapport with John. Lesser-known baritonist Pablo Calogero holds his own and forms an attractively dark front line with John on the composed sections. Both John and Pablo contribute the compositional frameworks and they hang together well.

Pablo does a great job getting around on his baritone, fleet and swinging when that is the ticket, open and free for those numbers that call for it. He deserves wider attention for sure.

Joe LaBarbara can swing like a mother and does, but he also understands and excels at the freetime role when that is in order.

John Lindberg's bass playing comes through beautifully throughout. Whether bowing or pizzicato, whether responding to Pablo, soloing, or as a front line articulator, he is superb.

And when you put it all together this is an album of great merit, something you should hear for a fine example of where avant jazz is right now. Get it!
Posted by Grego Applegate Edwards at 6:08 AM No comments: 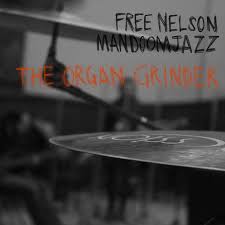 Free Nelson Mandoomjazz is back with their third album, The Organ Grinder (Rare Noise Records 068). On hand is the strong neo-metal electric bass of Colin Stewart, the slithery sax of Rebecca Sneddon and hard hitting drumming of Paul Archibald (along with a little piano and organ). Guesting effectively for this one is Luc Klein on trumpet (four cuts) and Patrick Garley on trombone (two cuts).

The Organ Grinder pioneers its way through the metal psychedelia jazz that is its trademark, but also adds some roots, a little hardbop and old school funk to open things up a bit.

And that gives us the listeners a little changing up and plenty to latch onto.

Nicely done!
Posted by Grego Applegate Edwards at 6:19 AM No comments: 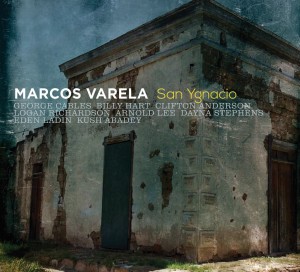 Marcos Varela bursts on the scene as an important bassist and bandleader in the contemporary jazz world that comes out of the work of some of the master jazzmen prominent in the '60s and '70s especially--Trane and McCoy Tyner come to mind most readily, but then Herbie Hancock too and some of the Blue Note classic sides of the era.

Yet like the best art of continuation this goes forward from there. What is this? Marcos Varela's album San Ygnacio (Origin 82711). Varela puts on an exemplary bass attitude throughout as bandmate and as soloist. He is joined by a core group of masters: Billy Hart on drums and George Cables on piano (for all but a couple of tracks). They are enhanced and forwarded by the solid fire of Logan Richardson on alto for most of this. Clifton Anderson on trombone, Dayna Stephens on tenor, and Arnold Lee on alto (and Eden Ladin on piano plus Kush Abadey on drums on several tracks) add substance as well.

The mix of one standard and a bunch of contemporary mainstream originals (by Varela, Hart, Cables, Mraz, Ladin, Anderson) sets up a very conducive situation for great blowing.

It all swings and makes for a terrific listen. Varela has arrived.
Posted by Grego Applegate Edwards at 6:32 AM No comments: 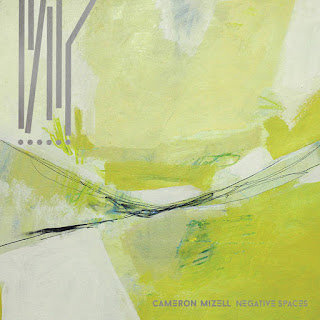 Electric guitarist Cameron Mizell shows what he is made of on Negative Spaces (Destiny Records). He has a jazz-rock sophistication and a melodic-harmonic inventive sense that stands out with nice grooves and tunes. He is ably seconded by Brad Whiteley on keys and Kenneth Salters on drums.

I suppose you might call this laid-back psychedelics. Cameron picks through some nice note choices and expands the compositional frameworks with smarts and taste. It's not an album you put on and exclaim, "holy living cow!" Instead it quietly sneaks up on you and does its work until you are under its spell.

Cameron is not so much out to impress though sooner or later you may well feel that way. He is in a making good music mode. And he strings it all together very well, with a lyric touch. Worth hearing. Mizell is a talent.
Posted by Grego Applegate Edwards at 5:45 AM No comments: 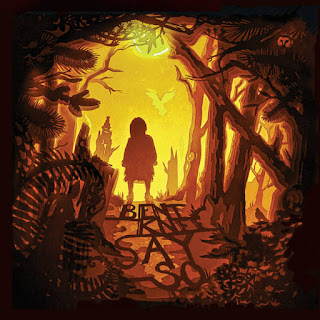 Oh, something different. Something really good. A group named Bent Knee. Their 3rd album, called Say So (Cuneiform Rune 417). The main vocalist (is it Courtney Swain?) is filled with the spirit of song, emotions that reflect a postmodern alienation. (Is that it? It is not a typical expression in the lyric and projection. It's part of what makes this group and album special. I cannot give it a worthy name. It is self-introspective, oddly abstract surreal in concrete ways, and the world outside of self seems pretty uninterested in the inner struggle?) It can be like that so they capture a new loneliness that comes of techno-isolation?

The arrangements are really fresh and unexpected. They climax when you do not expect them to and do so with vocal-instrumental singularity. And then it goes up another notch and you did not expect that.  There is a band in there that is disciplined. Nice guitar-vocal interplays, fully orchestral keys, drums not stuck in a rut, some real soundscapy moments of beauty. And it's the careful brilliance of the flow that makes it so, like POSTMODERN? No,  POSTPOST. Heavy when you least expect it, transparent in moments, then heavy again. Ironic and obliquely assuming the other but not connect to him or her except in fleeting moments?

The structure of the band's routines and the wonderful vocal placements. Not Imogen Heap but something equally vocally interesting. Like what my dad said about the last World Series he watched before he died. "The pitchers and the catchers...". Well, yes, it's like that. You can label it but it goes considerably beyond what you can name, for now. The pitchers and the catchers....the routines and their placement. Like that.

This album floors me. It is so fully itself and successfully so that you cannot map out a song before you hear it and some groups get that kind of predictability now and again.

"Every lawn is green, every fence is white, and you're the only one I see when I close my eyes." Poetic weirdness, evocative imagery in the lyrics and then a damned ton of power from the band obliterates the delicacy for a while because life is getting in the way again?

This is a rock album of the year for me so far. Maybe the? Maybe! It is a game-interrupter. The damndest music I've heard in a long time....

Oh, they are touring the US this October, opening for Dillinger Escape Plan. Check the net.
Posted by Grego Applegate Edwards at 6:36 AM No comments: