Classical guitarist Robert O'Connor Miller presents to us a cornucopia of Contemporary Classical guitar works that especially show off his exceptional sensitivity toward the diaspora of Afro-European guitar expressions. It is a beautiful and beautifully played program we hear in his CD Sketches (Frameworks Records). The artist explains on his website, "In both Brazil and the United States, African American and European American musical parentage gave birth to a multitude of different styles of music: Choro, Frevo, Blues and Jazz to name a few."

Then we have some pieces branching out of and commenting upon vital musical strains of Afro-Americana, namely a reaction to Miles Davis's Kind of Blue  classic "Flamingo Sketches" via Simone Ianarelli's sketch view on the  three movement "Miles Sketches" Then finally we have Dudan Bogdanovic's "Blues and Seven Variations."

What the music so well presents Robert O'Connor Miller so strikingly represents with an extraordinarily ravishing and singingly even-voiced string tone. Miller's uncanny feel for the vibrantly authentic nuances of each form and its articulation in each movement is a testament to his singular grasp and internalization of the essentials of each music.

Miller is simply extraordinary here. Do not miss it.

Posted by Grego Applegate Edwards at 10:36 AM No comments: 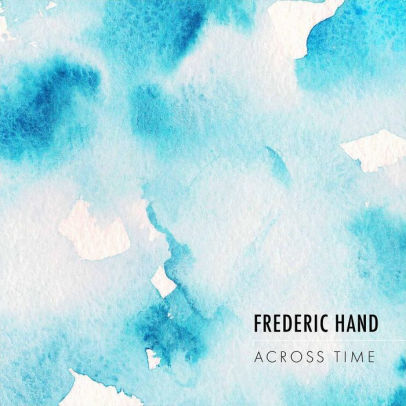 Sometimes the "outside" world seems to be filled with potentially dangerous strangers, lately. If you are a parent you need to tell things to your kids that no kid should have to hear, but such are the times we live in. I am glad there is music still, in a very welcome contrast to life trials these days. Nobody who loves or makes music is a stranger to me, not really, though Charles Manson did make an album those years ago. We keep on and this morning I am happy to report in on an album that should renew your faith in the power of musicians to create memorable things.

So today I have an interesting example for you.It is guitarist/composer Frederic Hand and his album of guitar solos and songs, the latter featuring (his wife?) Lesley Hand on vocals. The album is named Across Time (ReEntrant REN92).

So we get in all some ten guitar solos (including one based on the Shaker hymn "Tis A Gift To Be Simple." and then four songs for Lesley Hand and guitar. It is acoustic guitar heard on here, and quite nicely so. The harmonic-melodic unfolding of each piece is captivating to hear, without fail. The works range from several from the present to some originally recorded in 1977 and remastered for this release. There is a consistent quality throughout. There are no fillers!

It all seems to me something anyone who responds to acoustic guitar and well thought-out dialogues of player and instrument will appreciate. I  find it all quite ravishing. Strongly recommended!

Posted by Grego Applegate Edwards at 7:02 AM No comments: 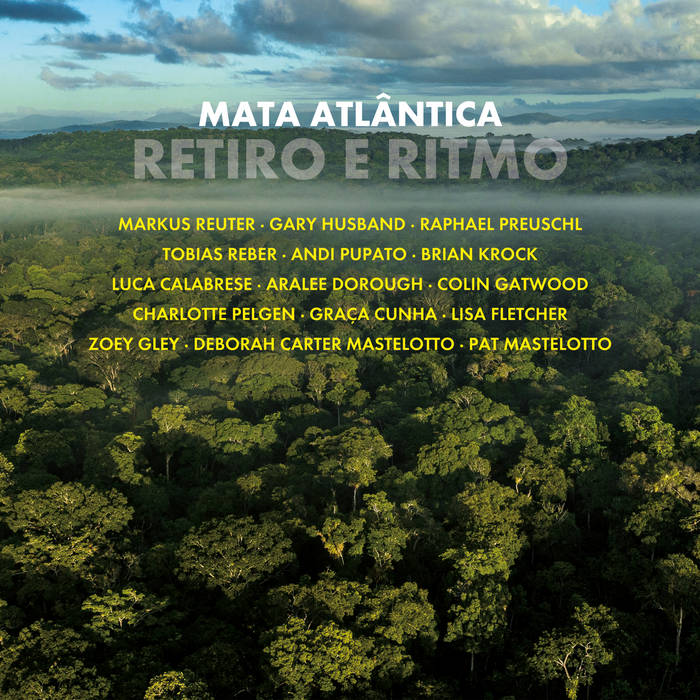 A world of Fusion when right has its very own reason for existence that is as orchestral as Classic Classical yet as immediate and blistering as the most transcendent Rock and Jazz. Today I happily report in with such an album, with results decidedly more immediate than blistering yet none the less effective for it.

It is arranged, orchestrated and produced by touch guitarist and composer Markus Reuter. The group is Mata Atlantica, the title Retiro E Ritmo (7DMedia 7D2206).  It is a soaring, all-inclusive epic work for multiple instrumentalists and vocals, with a pronounced ambient space to it but then nothing of the banal spectrum one might sometimes find in such things, though there is a beautifully expressive tonality to be heard withal.

The beauty of Portuguese and Afro-Samba prevails in spirit throughout, but then the sometimes hovering endlessness of ambient twilight suffuses all and gives it stature and backbone cum feather-in-sky poetic texts and lyrics by Emily Dickinson, Joao Cabral de Melo Neto, Zoey Gley, Mathia Derer, Rudyard Kipling, Joyce Kilmer, Lord Byron, and Claudio Manuel da Casta.  There are beautiful vocals by Charlotte Pelgen and many others. Field recording by Christian Wolff and Markus Mauthe enhance our listening imagination and spur us forward while Mastro Reuter's touch guitar, Gary Husband's keyboards and numerous other soloist-instrumentalists give us a greatly varied soundscape via the spontaneous effusions and collective compositions by various elements of the totality, nicely sculpted by Reuter's intelligent and vibrantly musical creative direction.

We get a new take on the sort of paradigmatic bedrock Fusion and Prog mainstays of Miles, Hancock, King Crimson, Corea, and Airto and other Brazilian visionaries. etc.

This one is strongly recommended. Markus Reuter has a key role to play in the music of our times. Get this one and find out part of why that is so.

Posted by Grego Applegate Edwards at 10:51 AM No comments: