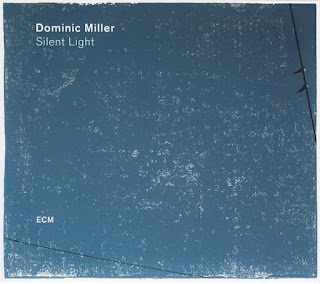 That I am covering an album slightly late is no reflection of what I think of it. It is more to do with a hectic period this year that has receded  and allowed me to get back to what matters. Dominic Miller is a creative, rather brilliant acoustic guitarist firmly on the dreamy side of the ECM sound. His latest album Silent Light (ECM 2518) allows him time to stretch out and weave atmospheric webs of luminous intimacy. He is joined on five of 11 numbers by the percussion and in one case drums of Miles Bould.

Dominic fills the air with lyrical, accomplished original playing that includes a wonderful ability to comp and pick away within a very sophisticated harmonic-melodic world that in the end is his alone. There are no easy words to describe what he comes up with on this fine album, except perhaps to say that the lyrical tradition of Ralph Towner and Oregon are in no way antithetical to this music, though there is no sign of imitation, just a parallel universe.

He brings to us a beauty that bears your close attention and makes a smile adorn your face almost involuntarily. I do not think I need to say any further for now. Just listen.
Posted by Grego Applegate Edwards at 6:28 AM No comments: 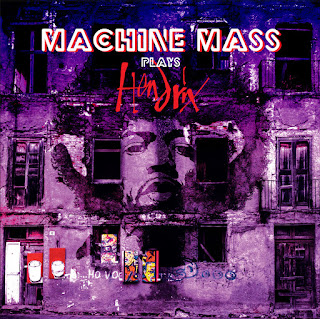 Jimi Hendrix remains one of our greatest American rock musicians ever. His guitar work revolutionized how we would look at such things, and his concept and compositions remain ever fresh and vital. So when the fuse-prog trio Machine Mass elected to do a tribute album, Machine Mass Plays Hendrix (MoonJune 084), it was of course a worthy idea.

Michel Delville as one of the leading guitar practitioners in the adventuresome realms today is a natural hommage master. He turns in creative rock-solid performances and adds further electronics to the trio mix to fill things out. He is joined by Machine Mass regulars Tony Bianco on drums and Antoine Guenet on keyboards, synths and piano.

They take some of Hendrix's most compelling songs-compositions and make of them something both contemporary and spacy, without ever violating the spirit of the originals. So we get a notable mix of Jimi's classics, "Third Stone From the Sun," "Little Wing," "Voodoo Chile," "The Wind Cries Mary," etc.

It is an opportunity to get inside these tunes with an original take on them, and for Delville to let loose with freely spaced-out post-Hendrix guitar brilliance.

It may take a couple of listens to fully enter the Machine Mass zone. Once you do, it is a wondrous terrain of the very familiar combined with the unexpected.

Need I say more? Dig this one.
Posted by Grego Applegate Edwards at 6:54 AM No comments: