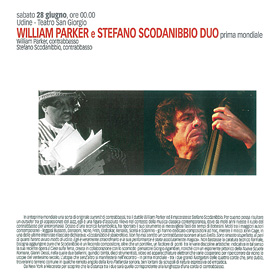 It is some fantastic interplay, a high point of contrabass duo possibilities. Get it if you can and listen carefully. You will go places.
Posted by Grego Applegate Edwards at 7:33 AM