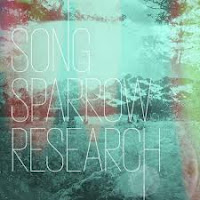 Today an alt band from Seattle who have named their second album simply Song Sparrow Research (self released), which also happens to be the name of the band.

This is a brightly jangley and deceptively straightforward guitar centered rock band that has some real songs that can give things a twist and get in your craw.

The musicianship is tight and the arrangements direct in a band-oriented way, but that can be refreshing and in fact is. The singer reminds just slightly of Morrissey but ultimately goes his own way and carries a distinctive signature sound.

It's a good sign that I've heard this one a bunch of times and it continues to grow on me. It's art rock and I hope it gets a good hearing out there.