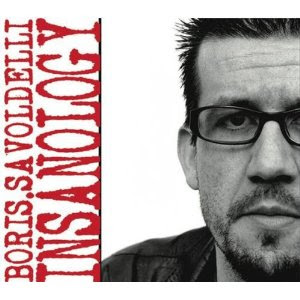 Boris Savoldelli's Insanology was the vocalist's first, originally released in a limited edition by the artist himself. It has now come out on Moon June Records (042). I wrote a very favorable review of the album when it first appeared, so I will not dwell at length on its many bright moments.

I will say though that is one of the most exciting group vocal efforts of this decade. Boris creates all kinds of sonorous musical events by overdubbing various vocal parts that he creates with care, resulting in magical Boris vocal orchestras that seem a combination of Bobby McFerrin, Brian Wilson. . . and Boris Savoldelli.

It's 32 plus minutes of something-else-ness. And now it will be easy to grab a copy.
Posted by Grego Applegate Edwards at 6:02 AM