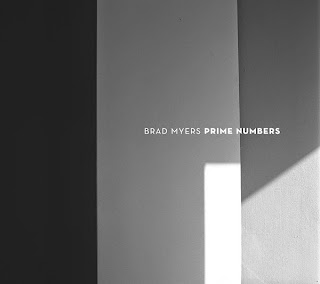 Modern mainstream jazz has so many sub-styles attached to it as to almost be meaningless as a category. I won't rehearse all the possibilities here, except to say that a swinging pulse and the presence of chord changes are a common factor for the most part. But that covers a great many approaches. Today's album is mainstream in that sense, yet it has postbop and bop-cool aspects that set it stylistically apart from some of its brethren styles.

Guitarist Brad Myers heads the date and plays some mellow-toned electric with a sort of Jim Hall-Kenny-Burrell-and-after smarts. The vibes (Chris Barrick)-tenor (Ben Walkenhauer)-acoustic bass (Peter Gemus)-drums (Tom Buckley) lineup and playing styles put you in mind of a modern-day equivalent of some of those Atlantic sessions from the fifties where Bags was paired with some contrasting cats. Not that there is a noticeable copycat thing here. No one sounds like they are channeling directly, but there is a heated coolness to the music along with a post-then currency that makes for interesting combinations. And the compositions are beyond in their own interesting way.

Brad has a clean-toned involved playing style that his compositions complement well. "Invitation," a Shorter and a Monk tune round out the program and are given arrangements that freshen the sound. Barrick on vibes, Walkenhauer on tenor and Gemus on bass solo well and show their own personal way within the mainstream currents. Tom Buckley sounds subtle and swinging in the way that a relatively quiet, cool sound demands, and takes a nice solo or two. Michael Mavridoglou and Dominic Marino fill out the sound on trumpet and flugel (for two cuts) and trombone (one cut), respectively.

The music rings true and has enough original and updated to it that you do not feel like you have taken a trip on Sherman's "way-back" machine.