Dave Kilminster, And the Truth Will Set You Free 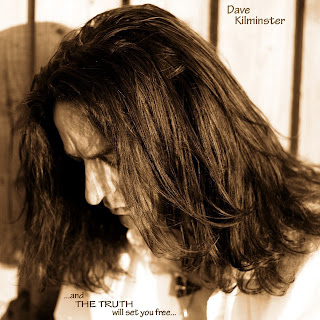 Back again today with another name new to me, Dave Kilminster. He plays quite decent guitar and is joined by a power trio. He sings well and writes some nice songs in the alternate rock zone. The lyrics are mostly Christian but not especially preachy.

I speak about his album The Truth Will Set You Free (Killer Guitar Records 003).

There is the occasional presence of the Larkin String Quartet in the mix. Everything is composed and arranged by Kilminster and he quite clearly has a musical vision that holds up well throughout the program.

It is the sort of music that transcends what one sometimes hears in the Christian Rock zone. That is, the music holds its own without the necessity of an insular comparison. It's good enough to stand on its own as a rock album of quality.

Not my usual cup of tea, but well done!

Posted by Grego Applegate Edwards at 5:50 AM