Micachu and the Shapes, Never 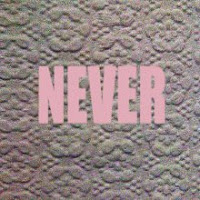 Mica Levi, known as Micachu, and her band the Shapes enter the ring with their second studio effort Never (Rough Trade).

It's hard hitting industrial-electronic-avant-pop, if you want some sort of label. Micachu plays a prepared "half-guitar" (an acoustic with a short neck?) and other homemade instruments and there is an electric component too. The band gets rolling, then she sings some attractive post-wave punkoid vocals overtop it all.

It's one of the best things to come out of England for a while, I think. It's a kind of zombie-robot pop that's put together with skill and creative imagination.

I won't hype you. It takes a few listens to catch the wave. A first hearing may sound confusing or chaotic to you. But if you stick with it, it hangs together in good ways.