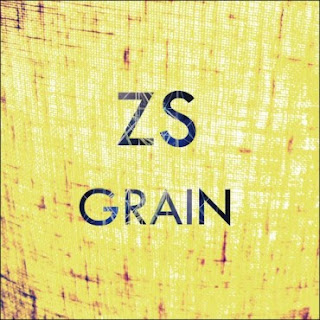 If you are looking for something so electric and off-the-wall that it sounds like it's from another planet, seek no further. The group Zs, together since 2000 and now thriving as a trio, will blow your head off with Grain (Northern Spy).

The lineup is Sam Hillmer (tenor sax), Patrick Higgins (guitar), and Greg Fox (percussion). Live onslaughts of sound and some pretty phenomenal Higgins guitar alternate with some very evocatively bizarre loops of the band. The entire whole ends up as a matrix, a web of out sound that starts in and goes to places you might not recall visiting before.

I dare you to get this one. Not because I am being cocky. It's because some may hate it--but it may also speak to you as a long lost and very out Dutch Uncle. Stockhausen and Hendrix always seem to me to be different ends of an entire spectrum of things that have not stood still since the two genius's unfortunate demises. Here with Zs you get part of where it has gone. And a wonderment of sounds to baffle and enlighten, quite often at the same time.