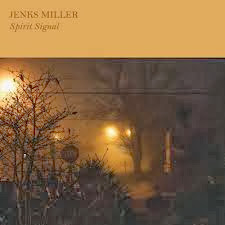 Well, it occurs to me on a Monday morning that there is probably nobody out there that likes precisely the same set of musics that I do. That's always going to be the case from individual-to-individual, but I do sometimes wonder what the people who like Bartok or Archie Shepp think of the things I throw your way on the guitar blogsite and vice-versa. I cover the various genres I do because I believe they are all key components of "new" "modern" music. And also my generation anyway tended to banish borders in their listens, some of us, and experienced anything and everything that was and is...."heavy, man"! We still do. Those who made it through and have all the sensory-motor and cognitive apparatuses in good working order. I always felt I was a part of a renaissance flowering of all kinds of excellent (and sometimes very new) musics in the '60s and early '70s, and ultimately it had nothing to do with drugs, not in any way that mattered. There was a confusion between being high and consciousness-raising then, and what that did was discredit what the new vision was about, enabled those against a change to roll back the clock further and further. All of that is far in the past, now, but the cultural residue remains and is an important part of our heritage. We press on...

So Jenks Miller is part of that. He's heavy (man). Seriously though his solo electric guitar album Spirit Signal gives you the sort of basement blow-out experiments my friends and I sometimes indulged in long ago, only it's better because Jenks has thought about the various neo-psychedelic realms he wants to cover and then sets about doing something interesting from segment-to-segment.

So there's some heavy duty sustained feedback, slide blues freedom, heavily distorted metal chords with some punky vocals, noodly raga rock blues metal, noise metal, things that remind you of where people started going when Hendrix cranked, when Zappa freaked out, and whatnot.

I like it. This guy plays ordinarily with Horseback (black metal?) and Mount Moriah (country-rock). This solo album is kind of a one-off hoot. But it reminds you of the sort of new joy in electricity that some of us experienced in our halcyon days. And so I do approve and I found it a fun and absorbing listen. This isn't about chops. It's electric music for a guitarist and his imagination. And for all that it succeeds.

Posted by Grego Applegate Edwards at 7:34 AM