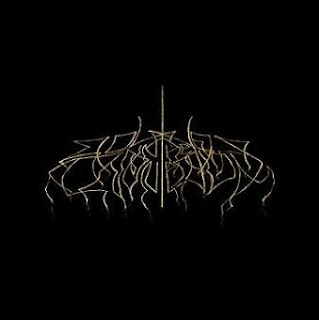 Every so often I get something in the mail that's a sort of "What? Who expected this?" That happened recently with a small consignment of music from the boutique Saint Roch Av. Recordings label, a New Orleans-based entity located on the street so named in the label. The release that hit me mightily was the album by the group Wolves in the Throne Room, namely Live at the Bell House 9.12.11 (Saint Roch Av. limited edition cassette).

This has that huge sound of amassed guitars, bass and drums plus exorcist-type vocals. At one point this stuff was called Death Metal and its hugeness and worked-out chordal progressions sound a little like some of those Viking type groups a friend of mine turned me on to a few years back. So post-Death Metal?

The point is the music and this band has worked pretty hard to get a very effective wall of sound that makes the whole thing stand on its sonic head in a way.

The date was part of the band's Celestial Lineage tour. The Bell House gig was in Brooklyn.

It is music that will sound familiar to anyone who has checked out this sort of thing, but they really do excel at getting one big overwhelming sound with Gothic chord progressions and pounding drums.

I like this band! It's not about chops here, but it sure is about POWER walls!

The label has a website if this sounds interesting to you: http://www.strochavrecordings.com/about/