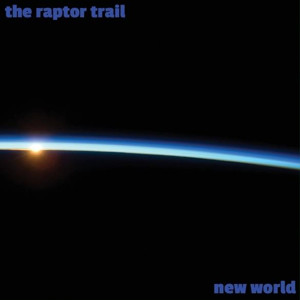 Time for a little new alt rock by a good band I have not been exposed to previously, the Raptor Trail. The one I have been liking, the subject of this review, is their second album, New World (MBM Entertainment). It's a power trio of Matt Mayes on guitars and vocals, Johnny Meyer on guitars, keys, bass and vocals, and Gene Bass on drums.

They get a densely vivid sound on the album, with some heaviness and lots of fine guitar/bass routines--and very solid, driving foundational drumming. Their musicality is everywhere evident. The songs have progressions not at all cliche, and the melodic vibrancy reminds me just a bit of early REM, and that to me is a cool thing. Both Matt and Johnny sing well.

And in the end you have an album that stands out as singular and nicely arranged, songs that grow on you little by little and do not tire the ears, ever.

The Raptor Trail are doing good. I hope lots of folks get into them. I do recommend you check this album out if you want something very substantial and worthwhile among the new rock offerings out there now. I am a fan based on this one!
Posted by Grego Applegate Edwards at 6:46 AM