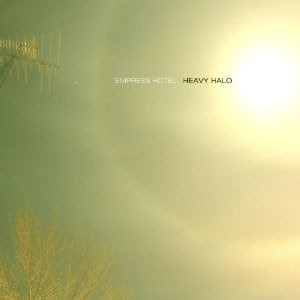 Everything I hear is not necessarily for me. Some things are for someone else and they are good in that. That's how I feel about the group Empress Hotel and their album Heavy Halo (Park the Van). It's power pop and I don't generally fall toward that tree. But it has a genuine DIY honesty.

I understand that they have been influenced by Prince, Sparks and Roxy Music, among other things. That may explain something, in that Sparks did not entirely enthrall me in their heyday.

The songs are direct and not at all terrible. The arrangement are simple combo ones but they have a charm and authenticity.

Give these folks a shot if that sounds good to you!