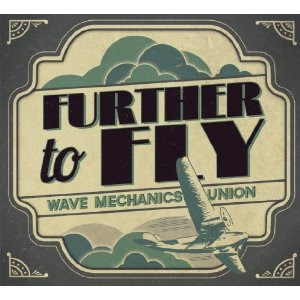 Sometimes you get a surprise. Sometimes you get an album that lays out so naturally you don't think how unusual it is until you've listened a couple of times. Then it hits you. The album by Wave Mechanics Union, Further to Fly (HX Music) did that to me.

The arrangements are by Ryan Fraley and Ralph Johnson and they are something else. "Third Stone From the Sun" for big band? Yes! The arrangements pop, the band is pretty hot and Lydia McAdams has a very charming, pretty yet subtle instrument-voice.

This is a hoot! And a great idea that comes off wonderfully well.