Adam Smale, Out of the Blue 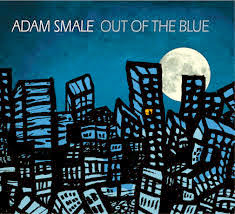 Toronto native 7-string guitarist Adam Smale arrives in New York to present his US debut album Out of the Blue (self released). He cites Lenny Breau as an influence and his pick-less playing style has clear affinities, though naturally Wes Montgomery also comes to mind on the earthy chordal syncopations.

The album sports eight good swinging Smale originals plus Wayne Shorter's "Yes and No". The quartet is on top with relaxed cooking from Smale, pianist Mathew Fries, bassist Phil Palombi and drummer Keith Hall. All sound good and Fries gives us a nice second solo voice with bop/post-bop articulations of a good sort. Palombi can give us a rootsy solo that is worth hearing as well.

But it is Adam Smale who comes through as the main attraction--a very finessed player who has soul and good ideas.