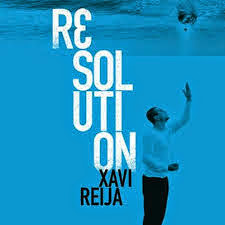 The guitar-bass-drums trio in rock and especially in jazz-rock has become an institution. I remember thinking when Cream announced its trio lineup many years ago, "how can they sustain the music with only three players?" It turns out that it was not only sustainable but also gave considerable freedom and leverage for all three voices.

And so we have had some monumental music that has come out utilizing the trio lineup over the years. I won't rehearse the names here. Now there's another trio doing very good things.

It's the trio fronted by drummer Xavi Reija. Not a household name, you say. True. But if there is one thing I've learned as a reviewer this past decade, one should forget initially about the name and go to the music. Then the name will stay with you or not, depending on what you hear. In this case Xavi Reija plus Dusan Jevtovic on guitar (who we've heard before in the very cool album "Am I Walking Wrong") and Bernat Hernandez on bass make a music that make you take note. Their album Resolution (MoonJune 062) says it all in ways that perk up your ears. They've learned from the classic Holdsworth edition of Tony Williams Lifetime to create islands of tone that open up the rhythmic feel and give the drummer a concerted role. It works here very differently than with Tony's group but it works supremely well!

The three make a very heavy yet very sophisticatedly out noise, a joyful noise built on solid group compositional ideas and free interplay.

This is not your typical fusion trio going through the rote licks--quite the contrary. They set up musical pins that have patterns quite their own and knock them down with a relish and zest that gets your psychedelic blood boiling.

This one is a scorcher from start to finish--and more about movement in large blocks than piecemeal blurry-fast scale mongering. Jevtovic has a real sense of space that the other two only bring out the more strikingly.

It's pretty killer stuff! Hear this or be behind where we are going, part of it anyway!