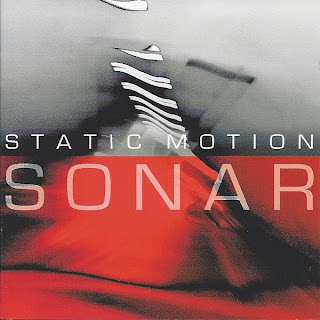 Sonar takes minimalist repetition and makes a kind of African-rooted rock thing out of it. Well not just African, there are proto-progressive post-Crimsonian experimental things going as well. All this on their album Static Motion (Cuneiform).

They are a Swiss quartet of Stephan Thelen on guitar, Bernhard Wagner, guitar, plus bassist Christian Kuntner and drummer Manuel Pasquinelli.

They've had a couple of albums out and this is the first on Cuneiform.

What's nicely done here is the contrapuntal interplay between all four. There are mesmeric groove repetitions that evolve and allow for a bit of overtop soloing on guitar, but in the end it is the relentless, hip groove that keeps you wheeling along with them.

If you like rock-trance music, this is a very good one indeed. Recommended.