Flow State, Where the Sky Meets the Earth 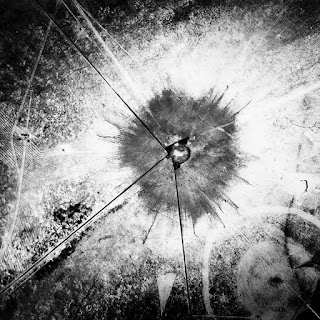 Flow State features the compositions and electric guitar of Ben Brody with a quintet. The album Where the Sky Meets the Earth (benbrodymusic) gives us four pieces to hear and appreciate.

The first thing one notices with the quintet is the absence of a drummer. There is pulse as a constant, and electronics (not beats per se) or instruments sometimes play a percussive role. But it is the musical voicings that stand out all the more for not being drum accompanied, and they are consistently interesting.

The instrumentation is not typical. There is the electric guitar of Brody, plus electric and double bass (Nick Lenchner), electric keys (Jonathan Evers), alto sax (Alison Shearer) and tenor sax (Noah Dreiblatt).

This is electro-prog compositional, jazz-inflected music of great interest. The saxes sometimes freely improvise atop a compositional set of motifs. Other times there is an ensemble sound that has a relationship with some of the '70s-'80s electro prog outfits but is well evolved and complex in ways that stand apart from those roots. Sometimes one is reminded of middle-period Soft Machine in the mesmeric qualities, but again, there are pronounced originalities here that serve to distingush this music from that realm.

It is an ensemble music, so Ben Brody generally is an element in the blend more than a soloist. Nonetheless his sound is a vital part of the mix, especially in the droning psychedelic breadth of "I am Become Death."

If this album stands out as a peculiar musical statement, it is because it comes at you originally and electrically as a music unto itself. It is slghtly avant edgy, but not typically so. It is cosmic but not in a derivative way.

And in the end you are treated to some very energizing music that is rather beyond category. Nice!