Bassist Henry Grimes and His Album on ESP 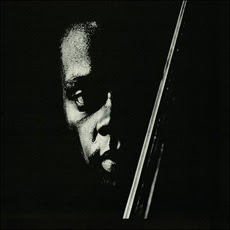 In 1965 bassist Henry Grimes was seemingly in a good place in the jazz world. He had played with more than a few of the classic jazz artists and was especially in demand in avant circles. But a few years later he literally disappeared from the music world; Grimes stopped playing altogether, leading a day-to-day life far removed from his former existence. He ended up in San Francisco where he was rediscovered a few years ago, given a bass and is now back on the scene.

He recorded one album under his own name back in the sixties and ESP has wisely decided to reissue it as part of their extensive revival. The Call is a trio with clarinet, bass and drums, the great Perry Robinson taking the reed spot. It is a mini-gem of “new thing” music, controlled, thought-provoking and filled with miniature classics. Robinson is in top form, Grimes right there with him. Drummer Tom Price plays freely and sets up the improvisations of the two masters with sensitivity. This is "out" music with a soul and a brain. It sounds as contemporary now as it did in 1965. Tomorrow, we extend the bass playing theme with some Jaco.
Posted by Grego Applegate Edwards at 5:55 AM