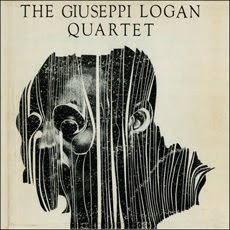 When you think of early free jazz reed players circa 1964, you probably don’t immediately think of Giuseppi Logan. He did not make much of a mark and virtually disappeared soon after that time. ESP Disk released two records by Mr. Logan, the initial one made in ‘64. Simply titled The Giuseppi Logan Quartet, the first record was not especially notable for Logan’s playing, although his writing had a nice tang.

More importantly the backing musicians on that date were embarking on the first phases of very productive careers in the music. Don Pullen is on piano, and already is in full force attack mode. Eddie Gomez wields an energetic and limber upright bass and Milford Graves (see entry below) plays the drum kit with the dynamic style that distinguishes him from other drummers at the time. Graves never got the prolonged recognition he deserved, though he did create his own approach in the panorama of free jazz drum possibilities.

This newly reissued album is not a classic. It does have great interest as a historical document and also gives you a challenging listen. Tomorrow we take a look at an all-guitar group of interest.
Posted by Grego Applegate Edwards at 5:18 AM