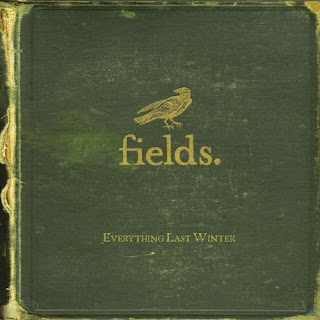 About a year ago a rock-pop-alt band released Everything Last Winter (Atlantic). The group is Fields and they are very good indeed. It’s one of those bands whose vocals (vaguely Byrds-like), songs, and instrumental abilities are all first rate. The lyrics have intelligence.

It is a band that has everything going for it. Expect solid acoustic and electric guitar cranking and crisp drum and bass tandems. The production jumps out at you. I hope they continue on and get the success they deserve. Check them out.
Posted by Grego Applegate Edwards at 6:25 AM