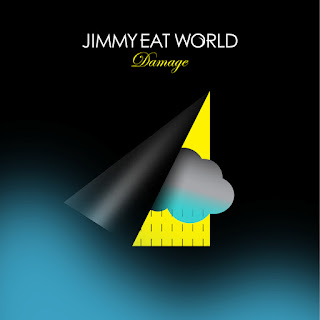 Jimmy Eat World has been with us all for a while, alt rockers with songs a-plenty and enough of a rock edge to keep things going. Now we have their eighth studio effort in hand, Damage (RCA), and with it there is confirmation. They still have that something that makes you want to listen.

This one is a concept album, their "adult breakup" song set. Jangling power-pop-rock guitars, tight arrangements and heartfelt vocals are what you get. And most importantly the songs are strong.

Like REM, Jimmy Eat World show you that popularity need not be synonymous with puerility. The music reaches out from its balanced center and does so without pretense. It's what rock-for-the-everyman can be. It's not fringe and not supposed to be (for those who read this blog for the fringe music I cover). It's real, though. Real songwriting, strongly performed. That's it. That's good.