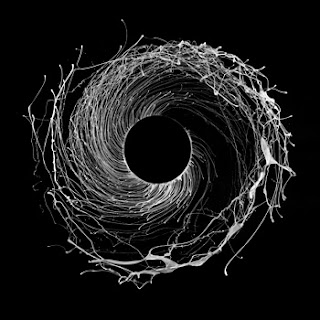 Where do you put music that is so super-permeably inside itself while branching forward everywhere that it could conceivably go in any of the three blogs I do? You put it perhaps where readers will get the maximum jolt from hearing the sounds. So we are on this page for the trio Dawn of Midi and their album Dysnomia (Thirsty Ear). It's Aakaash Israni on bass, Amino Belyamani on piano, and Qasim Naqvi on percussion.

It grooves like a rhythmically obsessed, benevolent super-earthly spirit. It's one beautiful groove after another, joining together in 46 minutes of end-to-end poly-ecstasy. I mean that! And I am hard to please with this sort of thing, trust me.

Get this one! I think it hits the streets officially next month...