William Parker, For Those Who Are, Still, Review: Part Three of Three 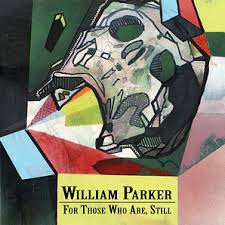 Today a third and final look at William Parker's ambitious and rewarding three-CD set, For Those Who Are Still (AUM Fidelity 092/93/94). This final post deals with the third, climactic volume of the set, "Ceremonies for Those Who Are Still," Parker's first work for symphony orchestra and soloists, a moving tribute to the late Russian musician Rustam "Roost" Abdullaev, whom William got to know and appreciate in the course of his travels.

The work was commissioned by the National Forum of Music and premiered as heard here at the Jazztopad Festival in Wroclaw, Poland in November of 2013. It is scored for the NFM Symphony Orchestra and soloists from the NFM Choir, along with an important improvisatory role for Charles Gayle (tenor and soprano, piano), William Parker (bass, etc.) and Mike Reed (drums).

It is a beautiful work that features long-form melodic-harmonic contemporary symphonic statements of a very poetic and masterful sort, with free improvisatory commentary by the trio, concerto-like at times but with a full integration of the trio into the rich sonic tapestry of the totality throughout. The work is divided into ten movements which flow together nicely. There is a unity to the work in its movement from choral-orchestral to orchestral to improv & orchestral and back to choral-orchestral. One feels in the end that one has traveled far, yet on a well-marked route that has a wealth of ruggedly beautiful views that somehow all partake of a common source and the connectedness of a common terrain.

The music has a palpable originality, a genuine synthesis of orchestral music and avant improvisation, a stream of excellent soloing (note William Parker's bass role especially) that gives extension to the compelling orchestral line-weaving and timbral vibrance of it all. And in the end there is great character to the whole, a life-affirming lyricism tempered by the struggles to gain a righteous end, if you like.

It is an auspicious inaugural orchestral work that I certainly hope will be the first of many.

Following the work is a 25-minute trio prelude that originally began the concert. "Escapade for Sonny (dedicated to Sonny Rollins)" pays loving tribute and sets the stage for the orchestral music to come with some stunning free improvisations that remind us how seminal these three artists are.

So that is the third volume, in every way a rousing climax to a set marked by an always provocative, ever-shifting series of compositions that shows us some of the depth and breadth of William Parker's musical streams today.

It is an absorbing listen I will return to frequently. Brilliant! If you want to know what is important about the avant music scene right now you must hear this set. It is surely one of the landmark excursions of this decade so far. Do not miss it!