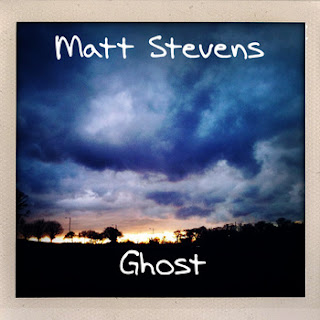 Every so often an artist contacts me and sends me something good I would not have otherwise been able to hear. Matt Stevens is one such. He's a guitarist over in England and his new one, Ghost (self-released) has a very nice feel to it. It features Matt mostly on acoustic, with light percussion or sometimes a rock rhythm section. He has a modern sense of melodic contour that reminds me a little of Fripp's League of Crafty Guitarists and the California Guitar Trio, only it's pared down, more intimate at times, and it has Matt Steven's own sensibility in it. Nice playing and nice arranging are to be found here.

It's an h of a good listen. Trance, minimalism, psychedelics, quirky melodizing and some rhythm guitar almost out of Sonic Youth make this both fun and hip. And it's all put together in a way that sticks in your head as a definite breath of cool air. Check it out by Googling "Matt Stevens Ghost."
Posted by Grego Applegate Edwards at 6:35 AM