Digesting Garage Bubblegum with Tommy James and the Shondells 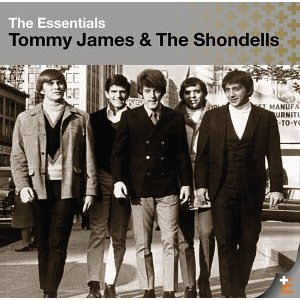 January 21, 2009—The re-appreciation of authentically primitive guitar bands (dubbed garage rock) has had its ups and downs. Face it, some original garage bands were unselfconsciously, downright rotten. . . . all thumbs, grooveless, vocally challenged. And there’s a subtle difference between rotten-interesting and rotten-rotten. But perhaps the worst situation was when a rotten garage band tried to polish up its act.

Perhaps a case in point is Tommy James and the Shondells, whose hits have been collected into a compilation by Rhino called The Essentials. Their first hit, “Hanky Panky” (1966) was rotten even by most standards of the day. It had all the elementary qualities of “Louie Louie,” but was even more basic in that it was a kind of simple riff that followed a blues progression (without much in the way of soulfulness). The lyrics were an abomination, though the slightest bit risqué for the time: “My baby does the hanky panky.” Gosh, can we meet her? I remember even then thinking that this was a throwback, a retrograde product of a teenage world that was rapidly changing. Though the song was ever-present on the airwaves, I knew nobody in my neighborhood that bought the record. It was something one would be embarrassed to own. The Electric Prunes, they were cool. But Tommy James was not. Somebody must have liked them—maybe the girls, I don’t know.

The band went from bad to worse when the Shondells tried harder and harder to create Pop hits of a slicker variety. “Mony Mony” still had that high school dance sound, Fender amps glowing, the bass player trying his best to play a few notes and a compulsively peppy energy level. But there were songs like “Crystal Blue Persuasion” and “Sweet Cherry Wine” that attempted a kind of pop respectability, trying to join the bandwagon the later Young Rascals had managed to get going. James, et al. didn’t really pull it off. The aspiring garage band musicians I knew reached a consensus. This wasn’t a band with any cache. Those were tunes a local band did not cover without being labeled unhip. So what of this compilation? If you were there back then and you liked these songs, I suppose you still will. The rest would probably best stay clear.
Posted by Grego Applegate Edwards at 7:02 AM