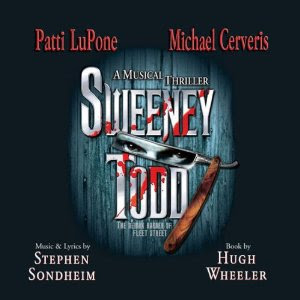 January 16, 2009—There was a time when the latest Broadway hit show conquered the musical world with songs that were whistled by the population at large; those tunes were in the repeating memories of people everywhere. Both pop and jazz artists looked to them as a large part of the repertoire. They were all-pervasive. Then came the rock revolution and the sort of harmonic sophistication latent in the song forms of such shows became rare. It was harder for songwriters to think in those terms, harder for the listening public to assimilate a style that was essentially in its declining stages, identified with a pre-rock generation that began to lose its central status on the media scene. Up until then Broadway was Columbia Records’ chief moneymaker and a key part of American musical culture. The peak of the phenomenon probably coincided with Bernstein’s wonderful West Side Story, to be followed by Hair and a gradual decline. How many people knew and recognized the songs from Cats or Phantom of the Opera? Not so many. How many artists covered the songs? Again, few.

The situation seems to persist. And so we turn to today’s music, Sondheim’s Sweeney Todd (Nonesuch) as performed by the revival cast. Here’s a show that has at least a few songs that have entered the mainstream, with performances by various jazz and pop concerns—notably “The Ballad of Sweeney Todd,” “Not While I’m Around,” and “Pretty Women.” I have heard versions of these by various artists; some come off better than others. But the musical quality of the show is pretty high and there’s a kind of provocative Three Penny Opera vibe in the street theme, the chamber instrumentation, and the off-color, crime oriented story.

This particular cast is very good and the two-CD format gives you a generous dose of the score, seemingly most all of it. It has a vaguely operetta-like feel, and that's not such a bad thing. Both the sound of the music and the plot look backward as they proclaim their contemporary relevance. It is rather enjoyable, no matter what your musical background may be. And perhaps it marks the return of the Broadway hit as part of our overall musical vernacular, or the beginnings of it. Who can say? It’s very decent music regardless.
Posted by Grego Applegate Edwards at 7:27 AM