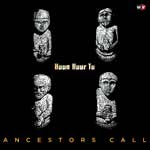 The Republic of Tuva occupies the borderlands of southern Siberia. It was once under the control of Mongolia, then China, and has been affiliated with Russia since the beginning of last century. Tuvans have gained international recognition from world music enthusiasts for their beautifully striking throat-singing. By manipulating their throat and mouth cavity they are able to produce multiple tones and overtones of a singular nature.

As the vocal group Huun Huur Tu shows in their album Ancestors Call (World Village 468107), they have a rich song tradition that is much more than a means to show off vocal techniques. There are some similarities to the music of of Tibet and Mongolia (and/or vice-versa) in their music, but much else that sounds like neither. It is Tuvan, after all. It comes principally out of Siberian Shamanistic practices that go back many centuries

Huun Huur Tu is a vocal-instrumental quartet who straddle the line between tradition and modernity.They play traditional Tuvan musical instruments but also make use of acoustic guitars. To a listener such as myself, they sound very Tuvan. No disco numbers here!

The recording is a treasure of ballads, droned or long-toned recitation and lively uptempo numbers. The overtone singing ranges from a whistling high-chordal approach to rich, low-overtoned timbres. Conventional vocal delivery comes into play much of the time as well. The emphasis is on the song at hand. Either way this is marvelous music, marvelously performed.
Posted by Grego Applegate Edwards at 3:47 AM