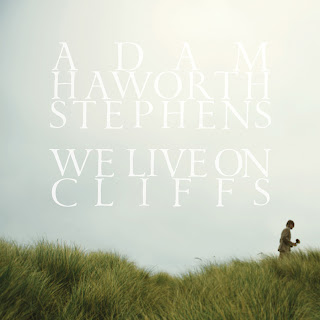 I don't usually cover alt folk-pop but today I have something. It's the first solo album by the singer-songwriter of Two Gallants, Adam Haworth Stevens. We Live On Cliffs (Saddle Creek) has some nicely quirky folk-rock songs with plenty of interesting acoustic and electric accompaniment, lyrics worth thinking about and the good vocal presence of Mr. Stevens.

Comparisons don't come readily to mind, which argues for his originality. His is a new voice on the scene and the music has just enough edge to it that it blows away the slick pop that is so all-pervasive out there. Thank you Saddle Creek for putting out this worthy music. And thanks Adam for coming up with it.
Posted by Grego Applegate Edwards at 3:44 AM