Rubber Soulive: Soulive Do The Beatles 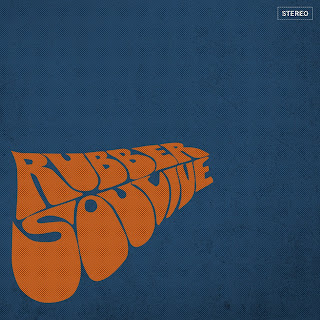 The Beatles. You were there. You were not there. You love them. You hate them. I remember my sister and I waiting outside the Colonial Toy Shop (my main source of records then) with a copy of Meet the Beatles tucked under my sister's arm, waiting for our parents to pick us up. An older lady passed by the shop, looked at the point-of-purchase display in the window, and remarked to us, "The Bee-ATE-ells, how cute!" For a time it became inconceivable that anyone would mispronounce their name like that. To not know how was to have lived in a cave eating nettles back then. Give it another 30 years and that might start happening once more. (I don't mean the nettles-eating, but you never know.) History can forget things like how to say a name. So be it.

But one thing that will not likely be forgotten is the music. And so we turn to the latest Soulive release, Rubber Soulive (Royal Family Records), which gives you stirring organ-trio rock-funk versions of some Beatles' evergreens (not for eating though), from "Help" through to "Something."

Soulive's been releasing albums for well over a decade, but this is the first doing the Fab Four. And it is one of those instrumental-music-for-a-purpose thangs. Rubber Soulive gives you the hammond-guitar-drums funk versions of some of the biggies. That's what it is about and it goes about it with zest.

They do spirited versions of "Revolution," "Drive My Car," I think you get the idea .... Now you are going to like this one if you dig the Beatles and want to relive the music on a different plane. These guys give it the old funkola and I personally found the whole package quite easy to put on and dig. If you are a Beatles purist (what does that mean, though?) or a purist purist, leave this one alone.

It's not largely a solos thing going on, it's a funk and arrangement thing. It sure beats the Hollyridge Strings. This has a pre-selected audience going for it. I think you already know whether you are going to like it. Go ahead. Like it if you like it.
Posted by Grego Applegate Edwards at 3:43 AM