Composing Outside The Beatles: Lennon and McCartney, 1973-1980, DVD 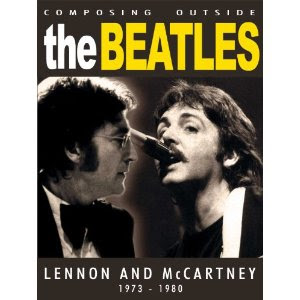 John Lennon and Paul McCartney after the Beatles? There were those who faithfully followed the careers and bought the releases of both; those who decided either John or Paul were more to their taste and stuck with them; then there were those who dabbled but found for whatever reason that neither was at the consistent level of the Beatles days. I was in the latter camp in those years. So there are gaps in my knowledge of the careers and total music output of either during this period.

For diehard fans and for those like me who don't know the whole story Composing Outside the Beatles: Lennon and McCartney 1973-1980 (Pride DVD142) gives a cogent summation of that era, their records, the alignments and realignments, the ups and downs of their personal-musical lives, the erratic quality of some of the music. All that is covered on this hour-and-a-half documentary. The talking heads of band members, music industry people and music journalists intersperse with concert footage and music videos to give you a pretty decent overview.

Neither quite rise to the heights of their Beatles days. Paul especially went further into a pop banality in search of success; John sometimes found it difficult to lock into a cohesive direction. All is thoroughly examined in this program.

It's not a history that is often rehearsed in a totality. This DVD does a good job supplying that lack. Recommended for all who want to get the wider picture of those days.
Posted by Grego Applegate Edwards at 4:41 AM