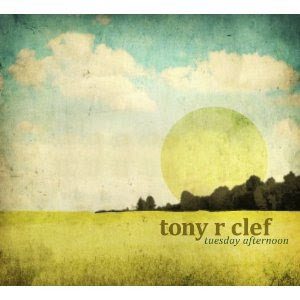 I won't say that I was skeptical exactly as I put Tony R Clef's Tuesday Afternoon (Big Round 9816) into my CD player. Having heard so many disks by unknown quantities on solo guitar I was wary, especially since the artist addressed some rock and pop standards along with Poulenc and Purcell.

It turns out I was in for a most pleasant surprise. This is good. Very good. Tony holds his own on the short classical pieces and then gets up some striking arrangements of "Tuesday Afternoon," "Pure Imagination," "Sunny Afternoon," "When I'm 64," and more as well. He does justice to the salient features of the songs and by transferring and rearranging them for solo classical guitar, with combinations of finger picking, harmonics and the full arsenal of classical technique, brings you to an appreciation for the songs themselves and their pure musicality. And Mr. Clef's artistry, which is most certainly well-in-hand here.

If you listen to his version of "Tuesday Afternoon" alone, you'll get it.