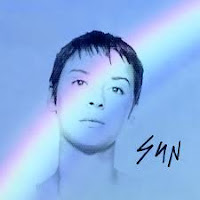 Singer, songwriter, alt queen Cat Power is aging well musically. Her album Sun (Matador) shows that well. Thanks to Hurricane Sandy and then another storm that knocked me off the net a good part of last quarter, I am running a bit behind. Sun has been reviewed and duly acclaimed out there already. What can I add?

I can add that good songs and interesting arrangements make or break the sort of alt that flirts at the edges of pop yet transcends the bleakly dismal results that usually prevail in the great wasteland today.

Anyway, Cat Power didn't sing at the inauguration and I don't suppose we should expect much from our State events from a cultural point of view. No one would accuse Cat Power of donning continually the evil falseness of voice-pitch correction software or other slickly glib tricks that are a big part of the music machine today. So though she may be popular, she could I suppose never be mainstream enough for some musical rep of consensus, and I like that. Political consensus is one thing, musical another. We don't need a common denominator in music and Cat Power isn't that. And that's very cool with me.

If there's a wrong note, it's there, though I hear none on the album, offhand. She does do a little with the digital voice enhancement thing, but quite sparingly and seemingly for effect.

Lyrics that must be heard and understood and have poetic fullness, music that doesn't run through the formulas, a kind of believable human-ness, that's Cat Power to me and she gets my applause for this new one. She doesn't have to sound cute, young and coy and she doesn't. That means she can grow older and still have credibility, no?