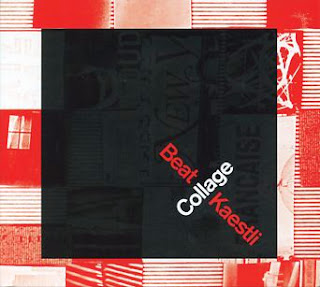 When it comes to unknown or lesser known (to me) artists, I generally let my ears guide me. Swiss-born vocalist Beat Kaestli and his album Collage (Unit Records 4488) was one of those first listens for me. He has a fine voice, a flavor of European internationalism in his jazz-veined explorations of interestingly arranged French standards, Brazilian sambas (one anyway), Latin favorites, a Swiss folk standard in German and jazz repertoire.

What is nice especially is how the ensemble and Beat set each other off. Essentially the band is a quartet with nice playing from Jesse Lewis, guitar, Will Holshauser, accordion, Matt Wigton on bass, and Fred Kennedy on drums and percussion. Background vocals fill things in now and again but it is a matter-of-fact starkness of singer and quartet, the sound of guitar and accordion played well against a singer who exudes warmth and a musicality, that makes this good.

The song choice in this particular combination is not in any way standard or expected, yet there seems an inevitability, a rightness in what Beat has chosen and how he chooses to do it all. And so even a pot-boiler like "Besame Mucho" takes on new life with their treatment.

That's probably all I need say here. It's a recording I am enjoying.