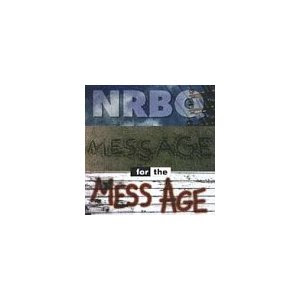 January 13, 2009—I never paid a lot of attention to NRBQ. They were to me one of those bands who were around, but I never thought to listen very closely. Then I reviewed a recording by NRBQ’s Terry Adams and Marshall Allen, the irrepressible Sun Ra alumnus and now director. It was full of adventure and whacky good humor. My thinking altered, I checked out NRBQ’s Greatest Hit compilation, and that was OK but not especially overwhelming to me. Then I grabbed today’s recording, NRBQ’s Message to the Mess Age (Aardvark). This one had the irreverence and tang that attracted me to the later duet album. On this recording NRBQ has the dada humor of some of Steely Dan, a little of the wryness of the Police, but it is only as a reminiscence, not a copycatting. It’s musical music and it has a variety of moods and grooves. “Girl Scout Cookies” has a sublimely ridiculous lyric that might tickle you. It’s something to hear if you have not.

What’s coming up? A few more Tzadiks, jazz from Cadence and other sources, more rock known and unknown and the beginning of a series on creative commons jamband downloads for those who are curious but limited in funds.
Posted by Grego Applegate Edwards at 7:12 AM