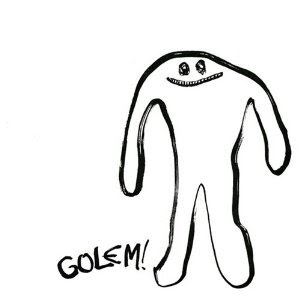 February 6, 2009—The klezmer resurgence that began in the late-‘70s brought back to the public a form of music that never really died. It continued to exist in the rooted underground as an important part of weddings and other traditional gatherings. The resurgence replaced at least in part the folk revival, Kingston trio type versions of traditional Jewish-Yiddish music that proliferated on vinyl and in the concert halls and cafes of the era. Now there was nothing wrong with that expression. All traditional musics can be and often are expressed partially through the adapted musical vocabulary of contemporary music styles. In the forties it was the Bagelman Sisters, who had a heavy big band swing influence (and were great as well!). Today, there’s Golem!, who at times are a kind of Pogues of klezmer—adding a punk veneer and a slight rock edge.

Their CD Fresh Off Boat (Joub) has a spirit of fun and humor, sometimes of a rather dark variety. They cover in their own way a number of traditional melodies. The vocals are good. Instrumentally they hold their own. What’s not to like?
Posted by Grego Applegate Edwards at 7:32 AM