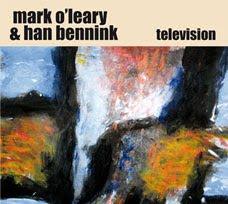 February 10, 2009—I woke up this morning with a song rattling around my head. Anyone who watched Obama’s inauguration last [year] will recall the moment where Yo Yo Ma and his distinguished colleagues played an arrangement of American folk material, part of which involved the Shaker hymn “’Tis A Gift to Be Simple.” Now that happens to be a wonderful song, profound in its lyrics and unforgettable in its melody. Like many, I’m sure, I first came across it as part of Aaron Copland’s “Appalachian Spring” and only later knew it in its original Shaker incarnation. Since then it has been a theme song for a commercial, used as a background for TV shows, etc. Now I think the Shakers who first performed it in their starkly beautiful meeting halls would have been quite astounded if they we’re told that in the future it would be played during the inauguration ceremony of the first black President of the United States in 2009. In so many ways, that musical interlude was a remarkable moment among remarkable moments.

And so the song rang on in my head this morning and I thought, “Yes, to be simple. That’s it.” Of course there’s nothing very simple about the lives we all find ourselves in today. Simplicity-within-complexity is probably the best route to follow if you are not able to live on a little farm somewhere in the middle of nowhere. And that’s where today’s music comes in.

Ayler Records is a European concern devoted to modern Improv/Jazz in mostly its outer echelons. They record people who deserve a wider audience and they do a great job of it. Some time ago they inaugurated something that makes sense for today’s market. For those recordings that might not sell in landmark quantities, Ayler initiated a download-only series. For a modest sum, you can download a particular limited edition CD-rom album in the form of 300+ kbps MP3s. If the recording quality is good to begin with (and it generally is), this upper-level MP3 format does not sound at all bad. Blindfolded, you might think you are listening to an ordinary wav file CD. Anyway these downloads can be purchased at the site www.ayler.com. I will be devoting some attention to this series in the coming months. The first one on my stack we look at today.

Simplicity in complexity. You take the simple idea of a download-only release, in this case a simple lineup of electric guitar and drums, and you go from there. When the guitarist is Mark O’Leary and the drummer Han Bennink (for the release entitled Television), the results are anything but simple. It’s a full program of Free Improv from two exceptional musicians. Bennink is the famous and infamous Netherlandish bad boy of the drum set, who has gained international recognition as a member of ICP and other interesting ensembles. The guitarist Mark O’Leary is less well known, but deserves a recognition that seems to be coming to him as we speak (or write). He’s an Irish fellow with a fertile musical imagination and a formidable set of chops.

The CD is a continual barrage of notes and energy, with varying levels of intensity. It is a urgent dialogue between two gifted improvisers. Bennink is the ever inventive drummer as always, coaxing drummer’s drummer cascades of set color and texture; O’Leary shows considerable linear line-making abilities and a harmonic sense that has sophistication but is ever melded to a fire of commitment and passion. It is a wonderful session. Judging from the music clips on his My Space page, Mr. O’Leary also does some interesting larger group out-fusion projects too.

Television is a major duet recording and should not be missed by those who like to be challenged by open-ended, skillful complexity. And that’s simple. Shaking and quake-ing. . .
Posted by Grego Applegate Edwards at 7:17 AM