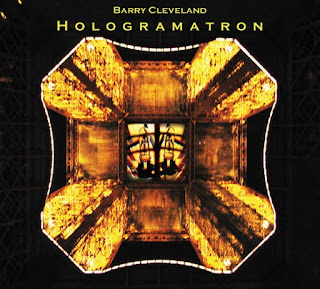 Of course rock has had a tradition of speaking truth to Power, and this album follows in that lineage. He takes on big oil interests, laissez faire excess, religious right versions of Christianity, the spoilage of our environment and other issues with a sarcastic wit. Of course if the music was not interesting, I would not be covering this release. It is.

There's an attractive space-rock ambiance throughout and a varied program that keeps interest up. In addition to the spiky originals there's a remake of the lovely anti-war song "What Have They Done to the Rain," which was a hit for the old Searchers back in (was it?) 1966. Then there's a rousing version of the instrumental oldie "Telstar" (anybody else have the Tornadoes album?) which totally sounds right.

If you voted for Genghis Khan any time in the last 20 years you might not like this album. If you didn't I think you'll be pleased.
Posted by Grego Applegate Edwards at 4:27 AM