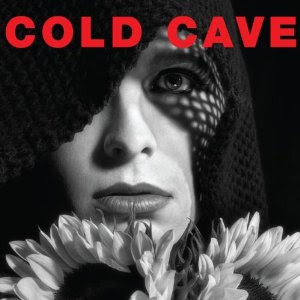 Cold Cave do a kind of intense pop-rock that has the wall of production largeness of '80s-and-later music of this sort. That is, on their second release Cherish the Light Years (Matador). Heavy synth, big back beat, guitar backbone-ing.

The lead vocals sound a little bit Cure-like. It's hard hitting stuff, the kind of thing you can't play as pleasant background. Not all of the songs completely click in my head. Partially because these sorts of releases pack a lot into the best songs and some of the others sound good but are not entirely mind-blowing as songs.

Listening to part of this I am reminded that some of the sounds of the most avant garde electronic music of the middle-to-late sixties has entered pop and rock productions with a little regularization. And that is remarkable. Especially remarkable in that it is not generally recognized and discussed. Who says the avant garde has not had a great impact on what followed/follows? You need to know where to look for it. Just like the surrealism and dadaism of the first half of the 20th century is common parlance in TV ad spots today, so electronic sounds that were considered incredibly difficult by some back in the age of progress are now virtually completely assimilated. Is that a matter of co-optation? Not in the widest sense. No, I think it's a kind of assimilation process that applies to new aesthetic traits diffusing outward from a center. There's much more to say about that, but I don't have the time and this is not the ideal space for a detailed discussion. But I do believe it's time to stop grousing about the avant garde and time to start recognizing its influence on the general scene today. Another point: that the legacy of a band like the Cars, pioneering synth & guitar rock folks, lives on in a band like Cold Cave.

And so I must say I listen to the synth work and its persistent intensity on this new Cold Cave slab and I appreciate what it is. There are some very cool, good rock nouveau numbers here. And there are some things that are just OK. It's a sound you might want to experience if you want to know what the big sounding synth sound is about.
Posted by Grego Applegate Edwards at 4:46 AM