Say "Yes" to Wobbler? "Rites at Dawn" Pleases in a Familiar Way 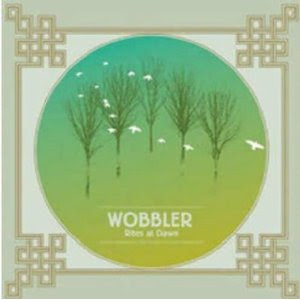 Norway's progressive rock outfit Wobbler reaches back to the heyday of bands like Yes on their CD Rites at Dawn (Termo 008). In fact they sound so much like Yes (and a touch of ELP) that it is almost as if they emerged out of a time machine from 1972.

They have the high ranged lead vocalist, the close harmonies, the roto-sound stringed bass lines, the key sounds, the guitar pick and play, and elaborate arrangements and baroquely intricate songs. The mellotron gives them another retro dimension that adds to their charm and occasionally gives them an early King Crimson aura.

Most importantly the musical element is strong. They have the ability to run with a style and make something new out of it. And that is what they do. There is the large orchestrated sound that is in no sense a simple matter to achieve. They do it well.

If you are a progressive fan, this will be music to savor. If not this probably will not change your mind.

Posted by Grego Applegate Edwards at 4:30 AM