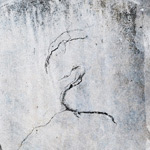 Lunatic Soul is the side-project of Mariusz Duda, singer and driving force behind the band Riverside. Lunatic Soul's third album, Impressions (Kscope) is a further exploration of ambient soundscapes of sophistication and musical merit. Duda's vocals are conceived as a part of the musical whole, as another instrument in a matrix of instru-mental sound. It's a post-prog band sort of sound with a bit more in the way of electronics and beats than perhaps is the norm for this genre. It doesn't detract but instead gives the whole thing a cosmic, modern edge.

As with post-prog today the harmonic sequences are not in the realm of "Giant Steps," of course. They are hypnotic, revery-inducing progressions of sophisticated elementality. The sound of the instruments and the electronics are the experience, the sound of the studio-as-art-platform, not soloing or intensely rhythmic advances (though rhythm is there). And not, for that matter, song form in this case (except the final two numbers, "Gravestone Hill" and "Summer)". This is a motion picture for the ears, as an old phrase has it. But that it is. There is narrative, but what it means is left up to the listener and what he or she finds in the brown study.

Not to say this music is amorphous. It isn't. What goes down is not without interest. And there is content, as opposed to the New Age norm, where all is surface and it's as if someone decided, "let's play music that has all the trappings of real music, but let's leave out the content." That's not what's up here.

It's pretty convincing as an essay in the state-of-the-art of ambiance today. It's not a huge revelation. It's just very nice. Very nice.

Posted by Grego Applegate Edwards at 5:36 AM