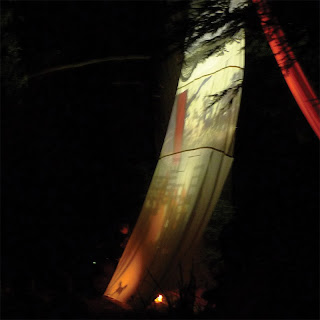 "For those who don't know where you're at or aren't sure what this is, I'm Della Reese!" So spoke Sarah Vaughan in the middle of a nice appearance at the Chicago Jazz Festival years ago. I feel a little sassy today so I'll start with something similar. If you don't know that the Gapplegate Guitar Blog often talks about music sans guitar, that's because it ISN'T the Gapplegate Guitar Blog! You have reached the wrong site!

No, seriously, I am a firm believer that musicians who only listen to those who play the instrument they do are doing themselves a great disservice. I played years ago with a great guitarist who admitted to me when hanging out that he had never heard Charlie Parker. I brought out some sides and remedied the situation as best I could in a few hours, but this can be a common thing.

So today we cover a group that has no guitar. They play an electric avant music that any guitarist who cranks can get something out of, and I mean that. The group is Stratic and the album is also Stratic (self-released). Michael Coleman plays keys and makes an electronic stew for everything to float within. Aram Shelton plays saxes and process musical signals live. And Alex Vittum is on drums.

The result is a heady, soulful mix of super electric avant metal jazz rock. It's dense, it's hard, it's got musicality underneath it all and these are some heavy cats who play this along with other things. It's the thinking person's blast of metallic voltage. There are moments when it quiets down and they are just as cool. And so I would very much recommend you give it an earful. Whether you might know what to expect or have no idea, it's some prime electric outness.