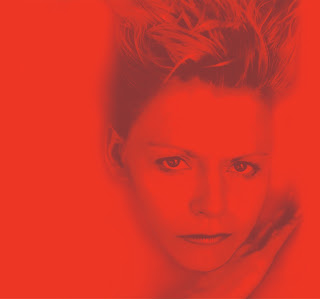 Beata Pater, singer of note, comes through in her sixth album, Red (B&B 0418). The focus is fluid, electric Latin jazz-rock with Beata in the role of singer-as-lead-horn, rock-jazz-funkstress.

There is a large cast of supporting instrumentalists, not always playing at once, including keyboardist Mark Little (who collaborates with Beata and/or goes it alone for some of the original songwriting) bassist Aaron Germain and guitarist Andre Bush.

If Flora Purim and Tania Maria have stirred your soul, Beata follows in some ways in their footsteps with her own take on the possibilities those artists have suggested. And she clearly succeeds. There's a mix of originals and some jazz modern funkoid standards such as Hancock's "Butterfly" and Hubbard's "Red Clay."

The main idea is that the music uplifts. It rocks, it grooves and Beata floats atop in some cool ways. Hey, I liked it. You may well, too!