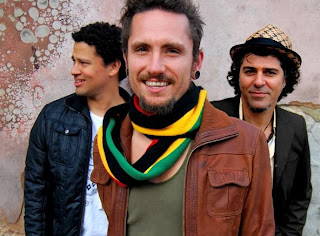 March 2, 2009—We return to some jamband coverage today. I’ve reviewed the John Butler Trio on a couple of studio releases in this blog. www.archive.org has a very generous sampling of their live shows in the “Live Music” section. These are available for streaming or download at no cost. So long as you don’t try to to sell them, they are legal and covered under the Creative Commons umbrella. I chose an earlier show from his listings because I wasn’t as familiar with that period. The March 5, 2002 date has two full CDRs worth of music, recorded off of the soundboard at the Starr Hill Brewing Company in Charlottsville, Virgina.

The sound is quite good and the band is in an expansive mood. Although they may not be considered an officially sanctioned jamband by some, they do a pretty fair amount of improvisational junkets here. The electro-acoustic playing of Butler is worth hearing and the whole band is atuned. The jams are not typical rockouts; there are jazzy and acoustical components and even raga-ish passages that set them apart. The tunes were integral to Butler’s repertoire of the time and he delivers them with conviction. It’s all quite good. It’s free too!
Posted by Grego Applegate Edwards at 5:04 AM