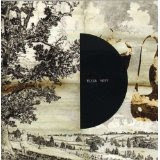 February 26, 2009—We seem to be on a roll. Today’s CD is another gem, continuing an unbroken string of goodies lately.

Tuner’s latest brings a brainy sense of adventure to the progressive genre without slighting the sensual side of things. Muut—Live in Estonia 2007 (Unsung) takes some of the innovations in sound and approach that came out of earlier musics—Miles Davis’s psychedelic period, Terje Rypdal’s large-eared psycho-romanticism, King Crimson’s keen sense of sound texture and sprawl—and synthesizes them to generate something altogether different. Add an all-important, thoroughly developed knack for producing electronically altered orchestral-sized musicscapes and incisive live playing. There are no wasted musical moments.

Tuner is the very musical drummer Pat Mastelotto (a fixture in King Crimson—we met up with him earlier this month on the Live Crimson set) and guitarist, mastermind and producer Markus Reuter (who studied with Robert Fripp and his Guitarcraft learning system). These two musicians generate intensely interesting music that stays with you and does not pander to the infantile expectations that most pop-slop generates in the casual listener. That’s because it is NOT pop-slop. It is genuinely innovative sound forging and one of the best progressive CDs so far this year. The fact that it was recorded live makes it all the more impressive. Keep going, Tuner. You sound great!!
Posted by Grego Applegate Edwards at 5:43 AM