The National: An Album of the Era 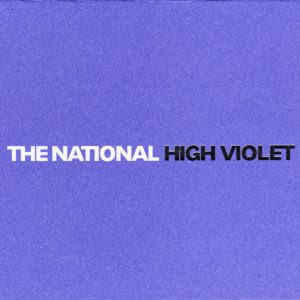 The National? I don't know how many albums they have out but their new one, High Violet just slays me. Where to start? The singer, one Berninger, has a baritone voice that has a familiar ring in its tone, Bowie, later Iggy Pop. It's direct and a little laid-back, which contrasts nicely with the lyrics, which are haunted, alienated, lost.

The songs have an alt-indie excellence that doesn't come along very often. It's a dark mood The National are in, and musically the support to the melodies is quite interesting. The songs just pop out at you in the best sort of way.

My wife is a kind of barometer for a kind of "people's" ear. When she notices what I play. even though our space is bombarded hour-after-hour with a constant deluge, I know that there is an appeal there that might be common to any hip listener. The fact that she was out in the yard (OK, I was playing this one loud) and came in and asked, "what is that?"....That says something. This is a completely irresistable record. I wont say it's a classic. It just came out, right? Well it does make me want to hear their other records. That means it tops my ear chart. You think you like? You get.
Posted by Grego Applegate Edwards at 4:17 AM