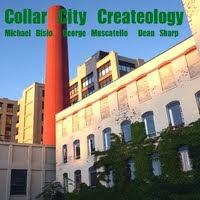 March 3, 2009—The loudness factor in music seems to be ever increasing. The first brass marching bands were hugely loud for their time. They had to fill the open air and often were a kind of representation in sound of the power and might of the military unit to which they were attached. The Mannheim Symphony Orchestra at the beginning of the classical era must have shocked audiences with their ability to crescendo to comparatively dramatic decibel levels. By the time they reached a flat-out, triple fortissimo tutti a few powdered wigs may have been dislodged. Closer to our times the development of more powerful guitar amps led to ever louder rock groups. And now of course most commercial CDs are mastered to deliver maximum volume through super-compression. I’m not complaining though. All this can be very stirring. Of course not all CDs have that super-loud-all-the-time quality. Some aim to carry the full dynamic range of the music being performed. That’s because some musics of course still capitalize on bringing out the dynamic-range possibilities of the material performed.

Nonetheless, jazz and improv can get pretty loud these days. So when a group comes along that plays pretty quietly for much of the time, one takes notice. And when they kick it up a notch, the contrast is that much more effective. Such a group is Collar City Createology, who has recently put out a download-only release on MJB Records, available at cdbaby (http://cdbaby.com/cd/mbgmds). The group is comprised of master bassman Michael Bisio (whose excellent CIMP CD we looked at earlier in the year), guitarist George Muscatello and drummer Dean Sharp. The music is advanced, free and rather quiet most times. There is excellent interplay between the three musicians. Muscatello has a spacey but pure-toned sound, not entirely unlike John Abercrombie but with his own musical vocabulary. He plays some wonderful lines and forms a double melodic tandem with Mr. Bisio that is sensitive and smart, mindful of sound and silence, creative and accomplished. Bisio is a bass player’s bass player, which he shows admirably throughout this disk. And drummer Sharp is a beautiful team member, not stepping on any music toes and making a true contribution with a palpable sensitivity to his aural and rhythmic role in the mix.

Collar City Creatology bases itself in the upper New York State town of Troy, known in the 19th century for its manufacturing of detachable collars. Troy deserves now to be known for producing this group. It’s a wondrously subtle trio. With very nice arrangements and compositions (mostly penned by Michael Bisio), some great improvisational variations and a finely crafted sense of trio sound, Collar City deserves a close listen and will bring increasing rewards and enjoyment as one becomes more and more familiar with the CD. Kudos to this group! May it put Troy back on the map.
Posted by Grego Applegate Edwards at 5:44 AM