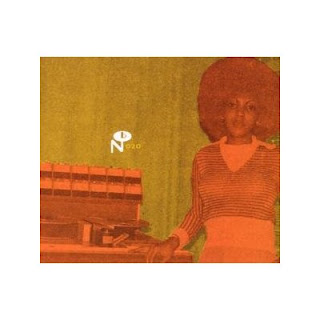 By the late-‘60s-early-‘70s classic soul/r&b was in the process of evolving further away from its blues drenched, down-home directness to slicker, more processed music that was to form an uneasy co-existence with disco several years later. Motown and its smoother version of black pop had made its inroads. Otis had met his untimely end, Wilson Pickett was less active, Aretha still had it but was less in the charts, Joe Tex was fading.

Into this scene came two small regional labels, Trager and Note, mostly out of Atlanta, and they produced a run of singles, mostly unsuccessful, that at their best capture the raw excitement of the slightly earlier days, and at their worst aped the slick product of their more successful competition. Nb Records has come out with Eccentric Soul: Trager and Note a generous 2-CD compilation of the music these two labels released (or didn’t, in some cases) and it is a fascinating document. When the music is good, it’s very good; when it misses it sounds dated and overly mannered. The package, warts and all, gives you another view of the scene, from the bottom of the stack of singles, so to speak. It’s a fun listen and has some great moments. If you like that period this collection will have definite charms for you.